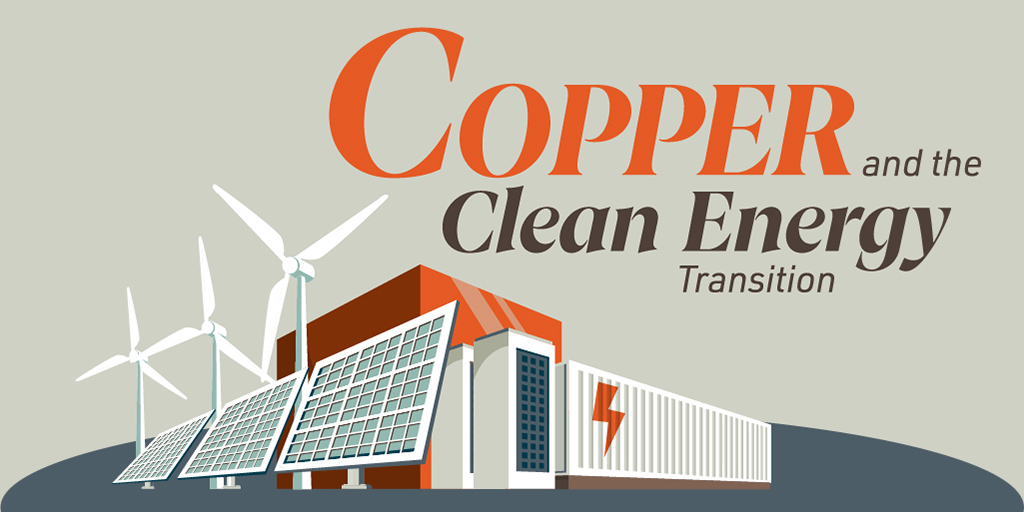 2021 Demand off to a Roaring Start

Copper prices have gone parabolic this year. During 2021 copper has already increased by 63%. That is great news for copper producers. It is also a great reason to get excited about the investment opportunities in the space over the coming decade.

Infrastructure investments of $94 trillion are needed globally to maintain current rates of economic growth. Unfortunately, the investment falls below this figure by ~$15 trillion each year. This has been a trend for years and it is part of why infrastructure in places like the US is in disrepair.

In the US, the infrastructure investment gap is nearly 30%. Biden seems set on making a dent in this gap before his term ends. That means initiating once-in-a-lifetime projects. Getting projects started during his term means demand for industrial metals including copper will push higher until the projects are complete. That could take years beyond this presidential term. Biden is not the only global leader committed to large infrastructure upgrades or updates.

Nations like Germany, with elections coming up, will feel pressure to follow suit and invest more in infrastructure. The US impact on what global citizens want to see from their government is significant.

More important is China. We know China is the primary consumer of copper globally. We also know China’s “Belt and Road Initiative” is the largest multinational infrastructure program in existence. It involves investments in over 70 countries and international organizations.

The intention is to build six massive economic corridors, connecting China more closely with other Eurasian nations. As this vast network of railways, energy pipelines, and highways is built copper supply will be utilized and more supply will be demanded. With Chinese officials calling the initiative the “project of the century” I would not be surprised if it stands out in history books as one of the largest projects of our time.

There are even talks of a G7 initiative to counter the One Belt One Road. It would not shock anyone. China is one of the largest threats to the USA’s dominance as an economic power.

Demand is piling in from corporate spending programs too. Publicly traded companies have been criticized for a long time now for using excess cash to buy back shares instead of investing in R&D or capital expenditures. After a short-lived dip during Q2 2020, capital expenditures in the United States returned to hitting record levels.

In the mining industry, capital spending forecasts of $176B are expected, as reported by S&P Global Market Intelligence. That is 18% higher than the 2019 figures. 2020 was slightly lower than 2019 capital spending.

Across the economy, companies in the S&P 500 are expected to bump their capital spending by over 10%. In many cases, these capital investments will require copper as an input.

The green revolution is contributing to the spike in copper prices recently and the ongoing price strength in the long term. Modern electric vehicles (EV) use three times as much copper as internal combustion engine vehicles. The EV trend is still in its infancy and set to grow until internal combustion vehicles are a relic of the past.

For years copper miners have faced the challenge of declining grades. The higher the grade of the ore, the easier it is to justify building a mine to extract that copper economically. But as more and more of the high-grade copper deposits were discovered and extracted, the grade of remaining deposits declined. Over time, the size of copper deposits needed to justify a new mine grew. A larger volume of ore is necessary to cover the fixed costs.

During prolonged periods of low copper prices, these deposits do not attract investor capital. So new mines do not get built. Then, as existing deposits are mined out and mines are closed, the world is left with a supply deficit. Prices respond by surging, which spurs new investment. The problem is it happens too late.

That is part of the story during 2021. Large copper deposits will receive long overdue funding this year and construction on mines will begin. But mines take years to build and begin producing at a consistent rate. That all means we are going to be facing a copper supply deficit for some years to come.

Chile is the single nation with the largest copper reserves. Escondida is in Chile and is the largest copper mine in the world. That is why it was so important when workers went on strike at Escondida. Strikes do not tend to become long term problems but in the short term this strike did impact global supply chains. The risk of a labour strike will become greater going forward. A smaller number of larger operating mines will concentrate the risk of a supply disruption affecting the market.

Copper is going to continue to run supply deficits for years. The timeline to bring supply onboard is simply too long There may be a moderate price adjustment in the short term, but the medium- and long-term outlooks are for higher copper prices for longer as the world rebuilds its infrastructure in an era of easy lending policies post COVID-19. We are early in a rare new commodities supercycle and now is a good time to consider adding some copper exposure to your portfolio.