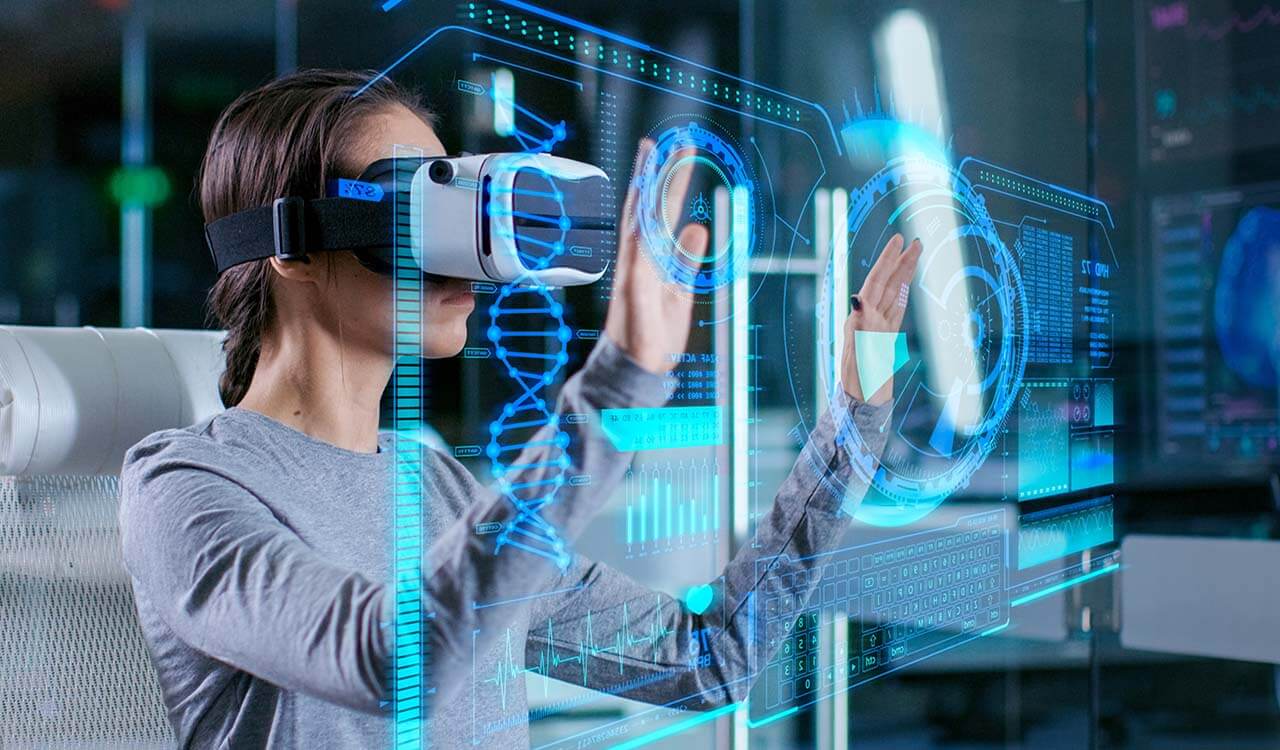 By 2030, over 23 million jobs will be enhanced by VR/AR technology. That’s what analysts from PwC are predicting, along with a $1.5T boost to global GDP. The smart money has known about the explosive growth potential in this space for years. Mark Zuckerberg’s Facebook even acquired Oculus, a company that makes high quality VR headsets, for $2.0B way back in 2014.

What Are VR and AR?

Before getting too deep into why this market is poised to change millions of jobs every year for at least the next decade, it’s worth exploring what we mean when we say VR/AR. Virtual reality (VR) brings users into a completely digital environment, typically through a headset like the Oculus. A user might use VR to immerse themselves in a new boxing video game. Augmented reality (AR) brings pieces of digital information or objects into the real world. A user might use AR to see whether a framed photo they’re considering buying online will fit on the wall of the room they’re in right now.

These technologies have existed for years, but something is happening right now that positions them for hypergrowth. User experience is enhanced and with home offices as more of a norm from here on out, the business case for purchasing a VR headset has never been stronger. Even just the simple use case of improved video meetings with images of the actual attendees will justify the cost if they reduce “zoom fatigue” by providing a more realistic digital meeting room experience.

Companies will also be able to interact with digital models of prototypes before building anything physical. That speeds up the time to deliver a new product to market significantly. Already, car companies are using VR to cut design and modelling from weeks to days.

Consider the case of a technical specialist who previously needed to fly to a mine or construction site. Now, with a simple headset and an internet connection, that specialist can instantly experience a “site visit” by directing a worker who is already on site.

This is just a few use cases. Consider all the ways this can bring down the cost of construction or manufacturing processes. All the workers that can explore places around the globe in real time at little to no cost.

Consumer Use To Continue in the Coming Decades

Every year in December there are countless lists of “must-have” gifts and consumer electronics have dominated these lists for years. In the coming decade VR headsets and games will place high every year. After COVID kept us all cooped up in our homes, laptop and console gaming boomed, accelerating the penetration of the gaming space in homes around the world.

This is the infrastructure VR/AR headset manufacturers dream of. All these gamers with their consoles or other gaming setups are sold on the idea that gaming is a good place to spend. Every new VR/AR game will bring more gamers into the fold, driving headset sales higher. VR gaming revenue has surpassed $1.0B and is expected to be just shy of $2.5B by 2024.

That only considers the gaming industry for consumers but keep in mind that we engage with content on our tablets, smartphones, notebooks, PCs, and televisions in our homes. Before the PC boom of the 90’s it was aggressive for Bill Gates to consider “a PC in every home”. Now the average US home has 5 to 10 screens that allow consumers to engage with rich content.

Growth on the Horizon

In the future, it’s not unreasonable to expect every young gamer and a good portion of office workers with home offices to have VR headsets. The industry is still in its infancy, with just 68 million headsets sold during 2020. That’s up more than 1,000% from 5 million units in 2016. With most of its growth ahead of it and no shortage of tailwinds driving future purchases, it’s a good time to explore this market.

As with most technological advances, the most valuable use cases in the future may not exist today. In the meantime, expect gaming, training, and product design to move this technology forward.

Thank You For Your Loyal Readership